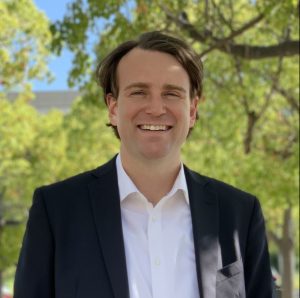 Major Depressive Disorder (MDD) is widely hypothesized to result from disordered communication across brain-wide networks. Yet prior resting state fMRI (rs-fMRI) studies of MDD have studied zero-lag temporal synchrony (functional connectivity) in brain activity absent directional information. We utilize the recent discovery of stereotyped brain-wide directed signaling patterns in humans to conduct the first investigation of the relationship between directed rs-fMRI activity, MDD, and treatment response to a novel FDA-approved neurostimulation paradigm termed Stanford Neuromodulation Therapy (SNT). We find that SNT over left dorsolateral prefrontal cortex (DLPFC) induces directed signaling shifts in the left DLPFC and bilateral anterior cingulate cortex (ACC). Directional signaling shifts in the ACC, but not the DLPFC, predict improvement in depression symptoms, and moreover, pre-treatment ACC signaling predicts both depression severity and the likelihood of SNT treatment response. Taken together, our findings suggest that ACC-based directed signaling patterns in rs-fMRI are a potential biomarker of MDD.

Dr. Williams is an Assistant Professor within the Department of Psychiatry and Behavioral Sciences and the Director of the Stanford Brain Stimulation Lab. Dr. Williams has a broad background in neuropsychiatry and is double board-certified in both neurology and psychiatry. In addition, he has specific training and clinical expertise in the development of brain stimulation methodologies under Mark George, MD. Themes of his work include (a) examining the use of spaced learning theory in the application of neurostimulation techniques, (b) development and mechanistic understanding of rapid-acting antidepressants, and (c) identifying objective biomarkers that predict neuromodulation responses in treatment-resistant neuropsychiatric conditions. He has published papers in high impact peer-reviewed journals including Brain, American Journal of Psychiatry, and the Proceedings of the National Academy of Science. He has also contributed to two reviews related to novel therapeutics for neuropsychiatric conditions that have been published in the journal of Clinical Investigation and Current Opinion in Neurobiology, which are both highly cited. Results from his studies have gained widespread attention in journals such as Science and New England Journal of Medicine Journal Watch as well as in the popular press and have been featured in various news sources including Time, Smithsonian, and Newsweek. Dr. Williams received two NARSAD Young Investigator Awards in 2016 and 2018 along with the 2019 Gerald R. Klerman Award. Dr. Williams received the National Institute of Mental Health Biobehavioral Research Award for Innovative New Scientists in 2020.