Address:
Professor and Vice Chair for Research
Department of Psychiatry
University of Wisconsin-Madison 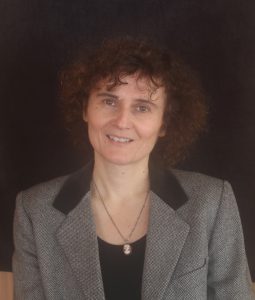 “The Burden of Wake and the Reasons for Sleep”

Sleep is universal, tightly regulated, and many cognitive functions are impaired if we do not sleep, including learning and memory, inhibitory control and emotion regulation. But why? I will discuss a comprehensive hypothesis about the core function of sleep – The Synaptic Homeostasis Hypothesis (SHY) – according to which sleep is the price we pay for brain plasticity. During wakefulness the excitatory synapses that allow neurons to communicate with each other undergo net potentiation as a result of learning, an ongoing process that happens all the time while we are awake, constantly adapting to an ever-changing environment. The plasticity of the brain is essential for survival but is also a costly process because stronger synapses increase the demand for energy and cellular supplies, lead to decreases in signal-to-noise ratios, and saturate the ability to learn. According to SHY, while our brain is offline during sleep, neural circuits are reactivated in a neuromodulatory milieu that promotes the renormalization of synaptic strength. This renormalization favors memory consolidation and the integration of new with old memories, and weakens the synapses that contribute more to the “noise” than to the “signal.” Just as crucially, synaptic renormalization during sleep restores the homeostasis of energy and cellular supplies, including many proteins and lipids that are part of the synapses, with beneficial effects at both the systems and cellular level. I will discuss the rationale underlying this hypothesis, summarize studies in flies, rodents and humans that confirmed SHY’s main predictions, and discuss open questions and future challenges.

Chiara Cirelli received her medical degree and Ph.D. in Neuroscience from the University of Pisa, Italy, where she investigated the role of the noradrenergic system in sleep regulation. She continued this work as Fellow in experimental neuroscience at the Neuroscience Institute in San Diego, California, and since 2001 at the University of Wisconsin – Madison, where she is currently Professor at the Department of Psychiatry. Her laboratory aims at understanding the function of sleep and clarifying the functional consequences of sleep loss. Her team identified neuronal and glial genes whose expression changes due to sleep and sleep loss, suggesting specific cellular processes that are favored by sleep and impaired by sleep deprivation. Using large-scale mutagenesis screening in Drosophila, they also identified the first extreme short sleeper fly mutant. With Dr. Giulio Tononi, Dr. Cirelli has developed the synaptic homeostasis hypothesis, according to which sleep is needed for synaptic renormalization, to counterbalance the net increase of synaptic strength due to wake plasticity. Dr. Cirelli has published over 150 papers on sleep and received many awards for her original and sustained contribution to sleep research, including the 2017 Farrell Prize in Sleep Medicine from Harvard Medical School, the 2022 Pisa Sleep Award from Pisa University, and the 2023 Distinguished Scientist Award from the Sleep Research Society.