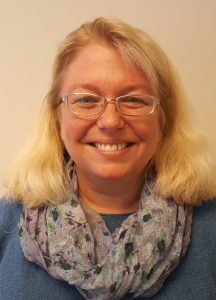 Deanna Barch is a clinical scientist whose research focuses on understanding normative patterns cognitive function and brain connectivity and the mechanisms that give rise to the challenges in behavior and cognition found in illnesses such as schizophrenia and depression, utilizing psychological, neuroimaging and computational approaches. She is Chair of the Department of Psychological & Brain Sciences at Washington University.  She is also the Couch Professor of Psychiatry and a Professor of Radiology. She is Deputy Editor at Biological Psychiatry and Editor-in-Chief of Biological Psychiatry: Global Open Science. She is also the President of the Psychology Section of the American Association for the Advancement of Science. Dr. Barch is on the scientific boards of the Brain and Behavior Research Foundation, the One Mind Foundation, and the Stanley Foundation. Dr. Barch was on the Executive Committee of  the Association for Psychological Science and the Scientific Council of the National Institute of Mental Health. She is a Fellow of both the Association for Psychological Science and the American College of Neuropsychopharmacology, a member of the Society for Experimental Psychology, and a member of the National Academy of Medicine and the American Academy of Arts & Sciences.