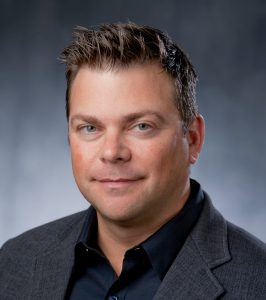 Kevin S. LaBar, PhD, is a Professor in the Center for Cognitive Neuroscience at Duke University and is Head of the Cognition & Cognitive Neuroscience Program in the Department of Psychology & Neuroscience. He earned his Ph.D. at New York University and completed postdoctoral studies at Yale University. He was an Instructor of Neurology at Northwestern University Medical School prior to joining the Duke faculty in 1999. His research seeks to understand how emotions are processed in the brain and how they bias cognitive functions. He addresses these questions using psychophysiological, brain imaging, and patient-based research approaches. Dr. LaBar received Young Investigator awards from the National Alliance for Research on Schizophrenia and Depression, Oak Ridge Associated Universities, and the Cognitive Neuroscience Society, as well as a CAREER award from the National Science Foundation. He was elected Fellow of the Association for Psychological Science in 2010 and received the honorary Frijda Chair in Cognitive Sciences from the University of Amsterdam in 2012. Dr. LaBar serves on the Editorial Boards of several journals, including his role as Deputy Editor for Science Advances. He has published over 150 journal articles and book chapters, and is a senior editor and co-author of the Sinauer textbook Principles of Cognitive Neuroscience. His work is currently funded by the National Science Foundation and the National Institutes of Health.